I think I’ve found a designer to make a dress for me for the tres chic wedding I have coming up in February. A wedding! How excitement. A dress, made just for me! How excitement twice over.

For those curious as to what pushes my buttons in terms of ‘look’ this is what makes my heart race at the moment. These are all by Trelise Cooper, a New Zealand designer whose pieces, from what I can gather, start at around $700 for half a sleeve.
But look at this, how kicky. How utterly ridiculous to have a coat for a February wedding. Colour explosion! Believe it or not, but I could probably pull these colours off, though not the stance or the trout pout. But again, layers. In February. Stupid. 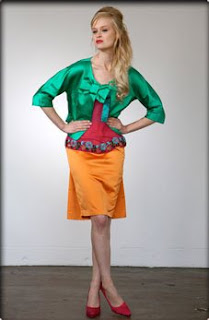 This, however, makes me fall down faint due to it’s all round floaty girly loveliness. 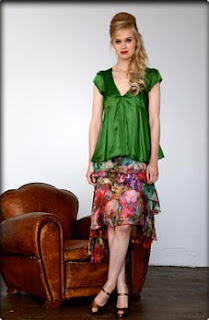